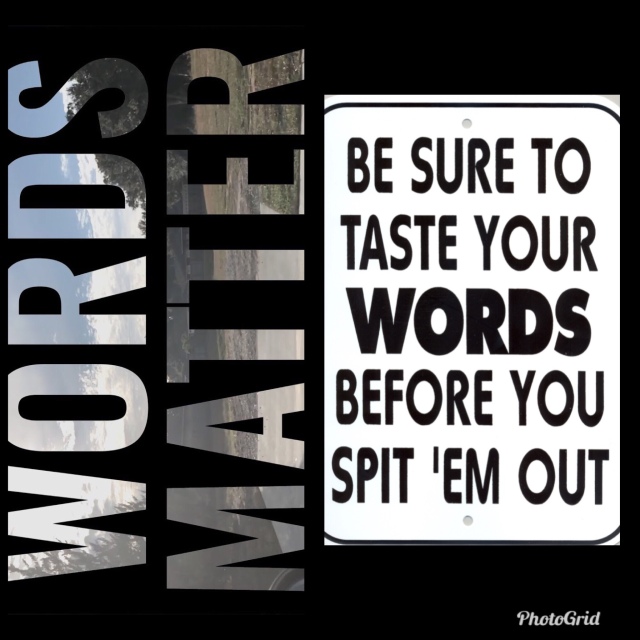 There is no other way to slice it, ‘words’ hurt and although they may not break bones they do have the capacity to break hearts, provoke riots, and create division. Proverbs 18:21 reminds us that WORDS MATTER in fact Solomon said, “Words can give life; they’re either poison or fruit—you chose.” Still on the fence about the power contained in a word? Well, Jesus put his power through words on display when he raised his friend, Lazarus, to life. At the time, Lazarus had been dead for four days. He had already started to stink, and all Jesus said to raise him to life was: “Lazarus, come out!” Three simple words led to a body being filled with life. Two, if you don’t count Lazarus’ name. In the moment where you’re aching and don’t want to be, a well-timed word has the power to set you or your offender free……it’s your choice so choose Godly!!

I am a 4given sinner saved by the blood of Christ.
View all posts by Lowellpinnock →
This entry was posted in Ministry and tagged words matter. Bookmark the permalink.