There were three brickmasons working on a project. One day an Inspector (Jesus) inquired about what they were doing as he made his inspection. The first brickmason said, I am laying bricks, The second brickmason said he was building a house. The third brickmason said, I am building a magnificent cathedral for God. What’s the point? The first brickmason was focused on completing the job (got to get paid) and the second brickmason was focused on his career. But, the third brickmason was focused on his calling. God brings out our greatest when we greatly pursue our calling. Tony Evans said, “Your calling is the customized life purpose God has ordained and equipped you to accomplish in order to bring Him the greatest glory and achieve the maximum expansion of His kingdom. A divine calling is always intended to bring about God’s glory—to fulfill His kingdom agenda. Therefore, to follow your calling is to live in such a way that God’s kingdom is put on display for all to see (see Matt. 5:14-16).” In the parable mention above the third brickmason was not motivated by a paycheck nor was he only focused on becoming a foreman. He was painstakingly focused on fulfilling God’s kingdom agenda. As a member of God’s kingdom, we don’t have to settle for a mundane life. Rather, we have a divine calling from the Creator of the universe to glorify Him through our life and to advance His kingdom agenda.
#SoliDeoGloria 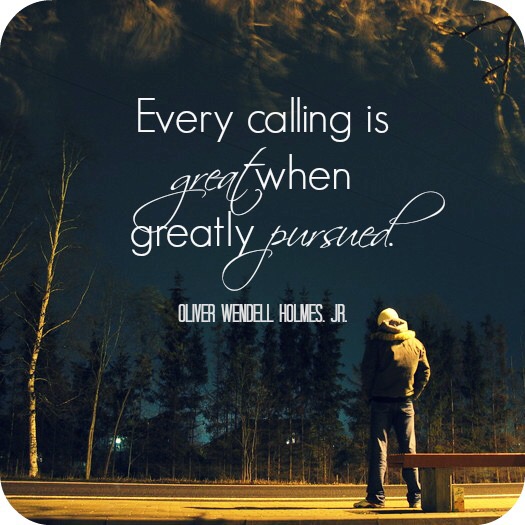 #4GIVEN ministries is a devotional blog written to empower, encourage, and equip believers and unbelievers. We sincerely hope and pray that every reader and fellow blogger walks always with inspiration in their hearts and a fire in their belly after they read one of our inspiring devotionals. The mission is to make Christ known and to remind believers and unbelievers they are never too far gone for God to heal, deliver, and set free!
View all posts by #4GIVEN →
This entry was posted in Ministry and tagged acutely aware, advancing God’s Kingdom, calling, faith, focused, forgiven, giving it all you got, glorify, grace, Jesus, kingdom, kingdom agenda, love, magnify, mercy, power, pressing, relentless, victory. Bookmark the permalink.