It’s has been circulating for years that putting an “X” in your Merry Christmas is taboo and disrespectful. Well, I learned something new today as I try to do everyday. The late and greatest apologist R.C. Sproul observed on 12/11/17, 3 days following his death: “X can mean so many things. For example, when we want to denote an unknown quantity, we use the symbol X. It can refer to an obscene level of films, something that is X-rated. People seem to express chagrin about seeing Christ’s name dropped and replaced by this symbol for an unknown quantity X. Every year you see the signs and the bumper stickers saying, “Put Christ back into Christmas” as a response to this substitution of the letter X for the name of Christ.

First of all, you have to understand that it is not the letter X that is put into Christmas. We see the English letter X there, but actually what it involves is the first letter of the Greek name for Christ. Christos is the New Testament Greek for Christ. The first letter of the Greek word Christos is transliterated into our alphabet as an X. That X has come through church history to be a shorthand symbol for the name of Christ.

We don’t see people protesting the use of the Greek letter theta, which is an O with a line across the middle. We use that as a shorthand abbreviation for God because it is the first letter of the word Theos, the Greek word for God.

The idea of X as an abbreviation for the name of Christ came into use in our culture with no intent to show any disrespect for Jesus. The church has used the symbol of the fish historically because it is an acronym. Fish in Greek (ichthus) involved the use of the first letters for the Greek phrase “Jesus Christ, Son of God, Savior.” So the early Christians would take the first letter of those words and put those letters together to spell the Greek word for fish. That’s how the symbol of the fish became the universal symbol of Christendom. 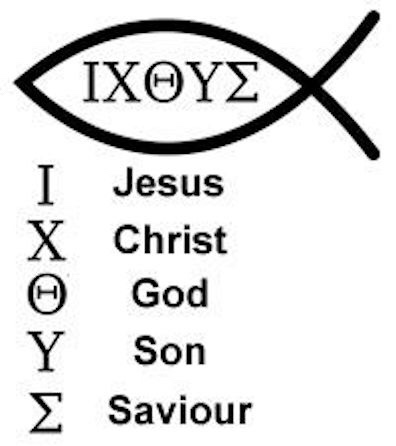 There’s a long and sacred history of the use of X to symbolize the name of Christ, and from its origin, it has meant no disrespect.”

#4GIVEN ministries is a devotional blog written to empower, encourage, and equip believers and unbelievers. We sincerely hope and pray that every reader and fellow blogger walks always with inspiration in their hearts and a fire in their belly after they read one of our inspiring devotionals. The mission is to make Christ known and to remind believers and unbelievers they are never too far gone for God to heal, deliver, and set free!
View all posts by #4GIVEN →
This entry was posted in Ministry and tagged God is able, Holy Spirit, Jesus Christ our LORD, love, Merry Christmas, Merry Xmas. Bookmark the permalink.